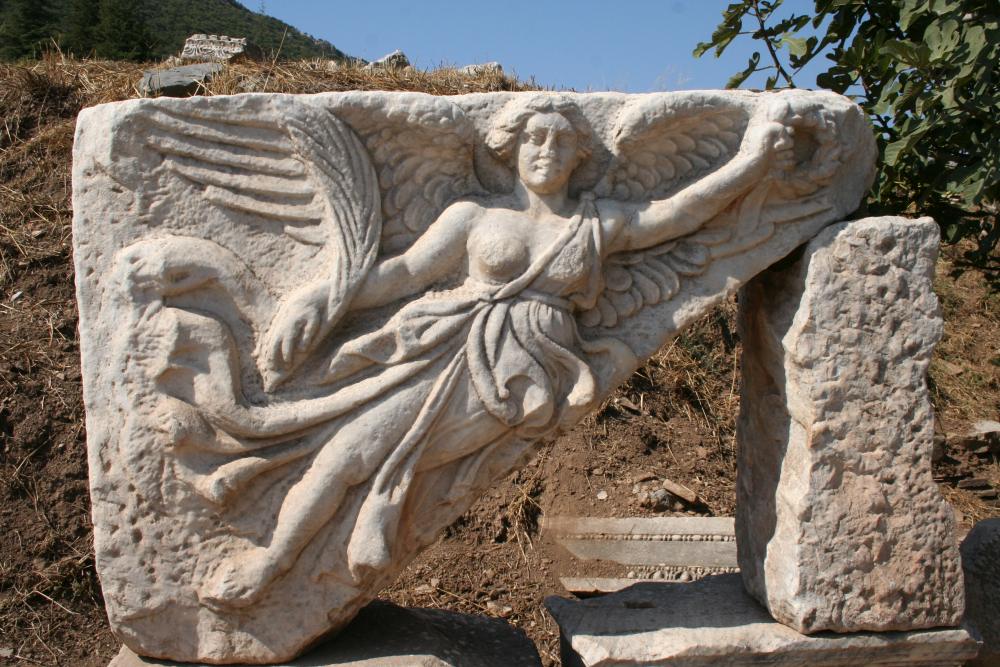 At 1st century AD, Jews had spread from their homeland to the Mediterranean and some other places. The oldest Jewish community in Europe is the one in Rome. They were practicing very different religion than their neighbors and as a result of this, Jews were mostly close-knit to protect their faiths and themselves. In Rome, Augustus and Julius Cesar supported Jews to help them to worship as they like and Julius Cesar allowed them to settle anywhere in the Roman Empire. Although they were generally treated with respect, trouble did occur and during the reign of Claudius, Jews had been exiled from Rome two times but than they were allowed to return and continue their independent existence. Each Jewish community worshiped at its own synagogue but the center of their worship is in Jerusalem.

Unfortunately there is a little inscriptional evidence for the Jewish community in the ancient city but Ephesus is mentioned as having a synagogue in Acts 19:1 of New Testament. Synagogue hasn’t been found in and around Ephesus but there is a menorah carving on the step of Celsus library.